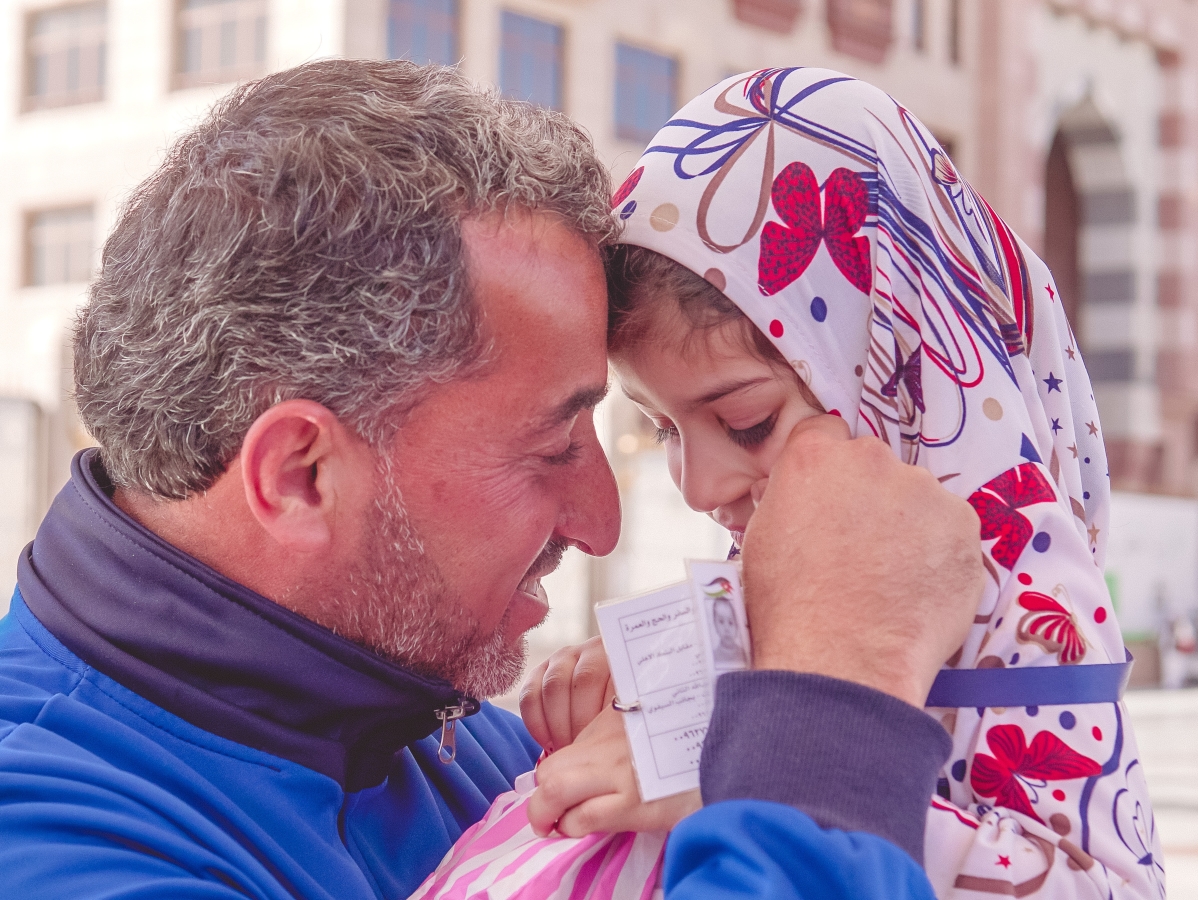 On 18th January 2016, Islamic Help will be taking more than 650 Palestinian orphans from Jordan to U...

On 18th January 2016, Islamic Help will be taking more than 650 Palestinian orphans from Jordan to U...

Umrah for Orphans 2016, the Children’s Tears and Prayers

On 18th January 2016, Islamic Help will be taking more than 650 Palestinian orphans from Jordan to Umrah. These are some of the youngsters who will be going on this blessed journey, as described by our Head of Orphans and Childcare programme Shaukat Lal.

In 2014 Islamic Help staff visited Maimoonah as part of our general orphan sponsorship programme. When speaking to her we learned that she had been diagnosed with a tumour.

Despite that Maimoonah looked cheerful and happy but the pain was visible in her mother’s face as she did not know what would become of her daughter.

Maimoonah is one of three siblings. Her father passed away when she was three. It was hard enough for her mother to deal with bringing up three children but to bring one child up knowing she may not live for long was very depressing for the mother.

In that meeting the mother broke down in tears as she was already dealing with one loss - her husband - but to wake up every day thinking she was going to have to deal with another loss was very hard for her.

We asked Maimoonah then if she would like to go to Umrah and she smiled and yes she would love too. Maybe it was at this point and her sincere intention that Allah subhanahu wa ta’ala accepted her wish and more. Not only will she be going to Umrah but her cancer appears to be in remission and we pray she remains in good health.

Maimoonah will be going with her mother and her two siblings, a sister and brother, who will act as their Mahram. She will pray for her health and for those who sponsored her, allowing her to fulfil the desire she had back in 2014.

The Tears of Noor
When asked about her father, Noor broke down in tears. She was 3 years-old when her father passed away. Seven years later she still feels the loss.

Her mother has struggled not only against the ordeal of being a refugee but of the loss of her husband. Despite those tribulations and difficulties, she has managed to summon the strength, courage and willpower to bring up 5 orphan children.

Her efforts have been rewarded as she and her five children - three of them girls and the boys as Mahram - will be fulfilling her lifetime dream of going to the blessed lands to perform Umrah.

Orphans are a trust (amanah) for which Muslims are responsible. It is an Islamic social obligation for the Muslim community to care for them, as well as others who are in need.

Today we are faced with an epidemic of millions of orphaned Muslim children. Our beloved Prophet Muhammad (sallalahu alaihi wasallam) was orphaned when his father died while his mother was pregnant with him, and his mother passed away when he was six years old. Then he was under the care of his uncle.

Later in his life, the Prophet (sallalahu alaihi wasallam) himself cared for an orphan. He said: “I and the person who looks after an orphan and provides for him, will be in Paradise like this,” putting his index and middle fingers together (Al-Bukhari).

Seeking Allah’s Forgiveness
When 12 year-old Noor Muhammad, from the Gaza Refugee Camp in Jerash, was asked about the first thing he would do when he enters Masjid Al-Haram (the mosque which surrounds the Ka’abah), he replied: “I will seek Allah’s forgiveness”.

He is a small child who is sinless and yet he wants to seek the forgiveness of Allah subhanahu wa ta’ala. We cannot imagine the countless mercies that will descend upon such a child when they raise their hands.

This is just one of the blessings we will encounter on this amazing journey. He will perform his own Umrah, then Umrah for both his parents. The donor who sponsored this child will receive the same reward. Every deed done in the Haram is equivalent to 100,000 rewards.

Any act of ibadah (worship) in the Haram will certainly be rewarded to the donors who have kindly sponsored these orphans to fulfil their dreams, not forgetting that any dua this child will make will certainly be answered.