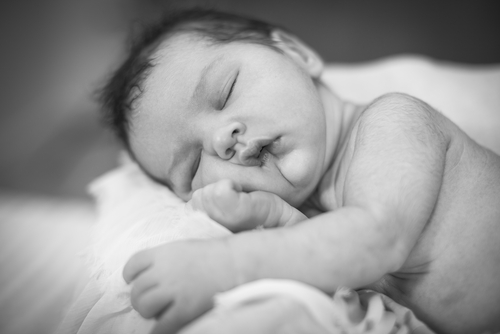 Islamic Help set up its Birth Clinic in Jordan to provide everything pregnant Syrian refugees need to help with a safe delivery. With families having fled the ravages of war in their own country, they face numerous hardships as refugees. Not only is it a struggle to secure the basic necessities of life - like food, shelter and healthcare - additional hurdles make life even more fragile.

Free healthcare for Syrian refugees was withdrawn by the Jordanian government in 2014, leaving many expectant refugees unable to cover the cost of a safe hospital delivery.

Instead they’re left with the choice of giving birth in an unsafe environment and without the help of medical professionals, making it incredibly dangerous for both mother and child.

The Birth campaign reduces those risks by covering particulars such as hospital and delivery costs (including Caesareans in emergency cases), immediate aftercare costs such as sanitary items, nutrition, baby clothes, food, and other items necessary for mother and child.

Karam is now just over a month old. His mother, Lerine was given support by the Birth Clinic where she was looked after and given medical check-ups from four months to the end of her pregnancy.

Lerine’s story is typical of many Syrian refugees. Her home was bombed and her father was killed in the bombing. Lerine managed to escape to Jordan and later married. It was at a stage when she thought life would not improve that she was blessed with a baby boy.

Layan’s mother Isra, arrived in Jordan with her father four years ago following the death of her mother in a bombardment. Her sisters suffered severe burns but remained in Syria.

Isra’s first child, Mazin, was a Caesarean delivery but the experience was not good for Isra who didn’t receive the care that she wanted.

A year later she was blessed with a daughter, who she’s named Layan. For this pregnancy, she was registered at the Birth Clinic where the care she received meant that the delivery of Layan - also a Caesarean due to medical reasons - was altogether more comfortable than her previous experience.

Isra’s dream was to complete her studies in Syria but that dream was shattered by the war. Now, she prays and dreams that her children can grow up to receive a good education and be with her when she returns to Syria.

It is your support that is helping these refugees safely give birth and ensuring that the new-borns arrive in this world with the prospect of a healthy future. You can continue that support for the Birth Clinic here.